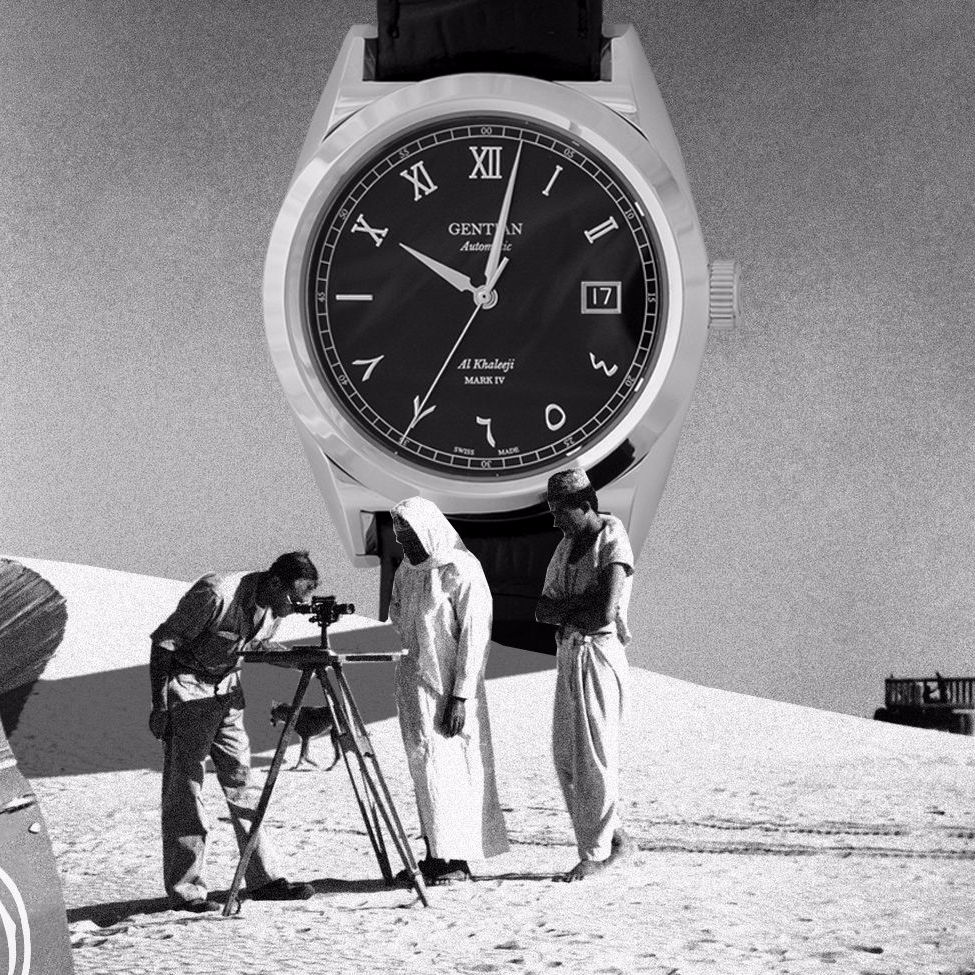 The unique dial first created by GENTIAN, composed of half roman and half indo-arab numerals is greatly inspired by the California Dial from the sixties. The Khaleeji dial makes use of the classical roman numerals to evoque elegance, and indo-arab numerals to maintain tradition in the designers’ origins. The obsidian black portrays the very formal ‘bisht’ worn over traditional clothing in the Gulf (Al Khaleej).

The steel applied indicies in roman numerals on the upper half of the dial, and indo-arab numerals on the bottom half have it's roots in bubbleback watches from the early thirties. Originating from the first half of the 20th Century, where a configuration of half Roman / half Arabic numerals were popularised, and commonly known as "California Dials". This is the inspiration for this modern reinterpretation with two pioneering numerical systems that laid the foundations for mathematics, timekeeping, and philosphy. 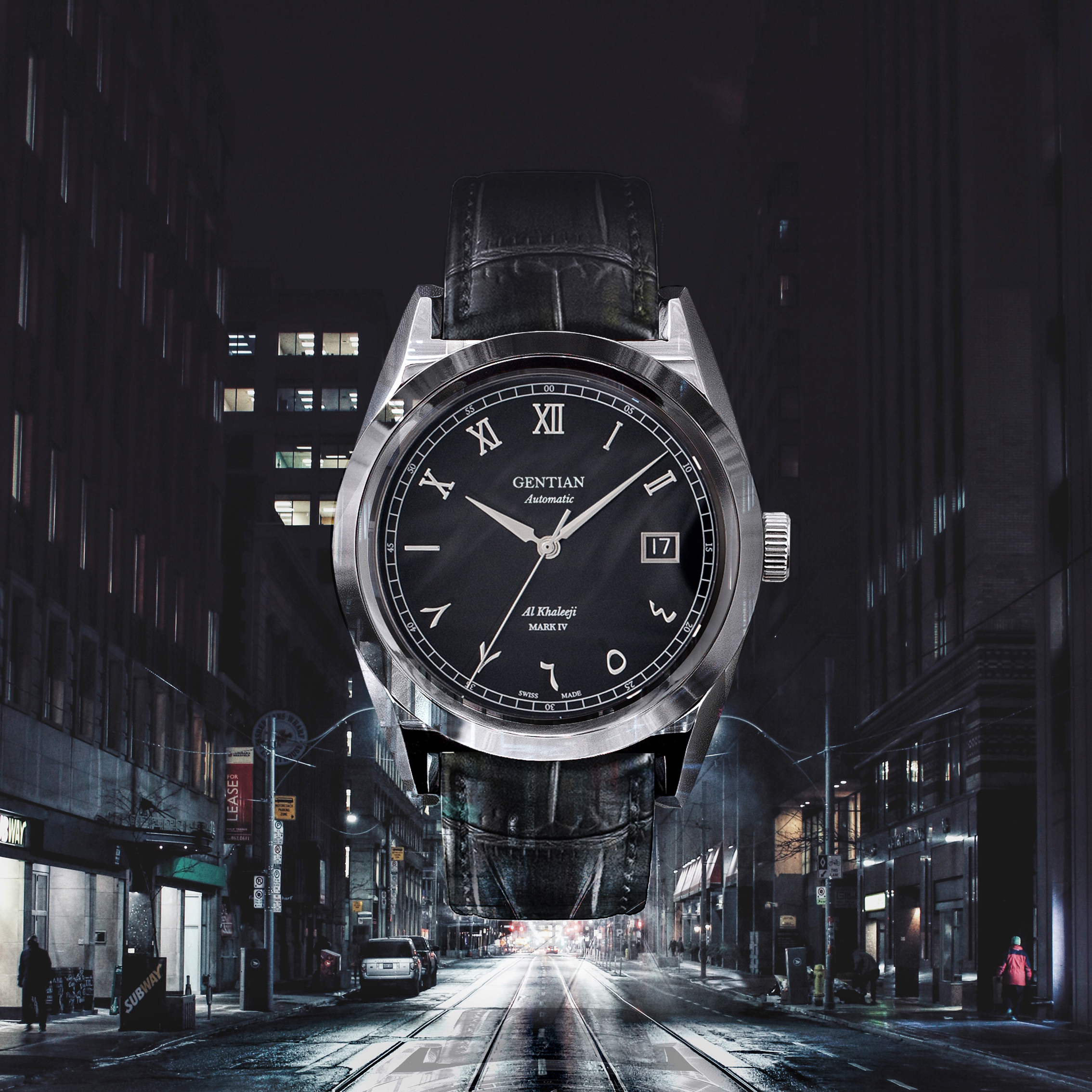 316L Stainless steel in obsidian black finish with brushed radial sunburst effect. The applied steel indicies offer depth to the face of the watch, and improves the legibility in all lighting conditions. The steel framed black date wheel blends seamlessly beneath the dial plate, without distracting from the overall elegance offered by the dial.

info@gentianwatches.com
*Please note that international shipping with PostaPlus and DHL is recorded, and with tracking numbers. All shipping is free. Taxes and additional import fees not included.